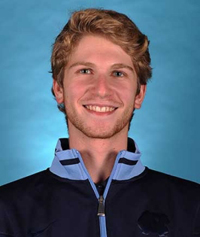 Alex Burte is the son of Dr. Kerry and Mrs. Bonnie Burte. He graduated from Walnut Hills High School in 2012, and is a member of the class of 2016 University of North Carolina at Chapel Hill where he is double majoring in Journalism and Philosophy. Alex was the President of Cincinnati's BBYO chapter during spring 2011, and is a starter on UNC's Division 1 Varsity Fencing Team. In the future, Alex hopes to travel the world, possibly as a photojournalist for National Geographic. He will be interning at the Jewish Foundation this summer. 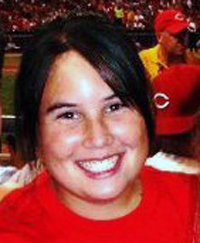 Ali Faulk currently attends The University of Cincinnati where she just completed her fourth year. She is majoring in Communications with a Certificate in Deaf Studies. Ali graduated from William Mason High School where she received a foreign language award for American Sign Language in 2009. Ali was an active member in NFTY and president of her temple youth group YGOTS. She was a Madricha last year for her temple’s Hebrew class and is now a Sunday School teacher at Temple Sholom for the Kitah- Aleph class filled with 6 Kindergarten students. She is also an active volunteer at Cedar Village where she like to help set up for events and help run the gift shop. Ali is really looking forward to the opportunity to be interning at Jewish Family Services this summer! 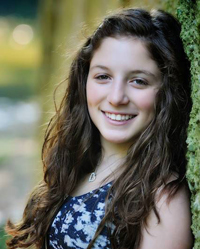 Jaimie Maxwell currently attends The University of Cincinnati’s DAAP program where she is a first year majoring in Graphic Communication Design. Jaimie graduated from Sycamore High School in 2012, where was very involved in her youth group (BBYO). At UC, Jaimie is involved with Hillel and is a new member of her sorority, Kappa Alpha Theta, where she hopes to become a leader on the local board. After traveling to Israel in 2011, Jaimie wanted to become more involved with the Cincinnati Jewish community. Jaimie has also done many free-lance graphic design jobs throughout the past few years and is excited to use her experiences from her jobs and going to Israel to intern at the Jewish Community Center this summer. 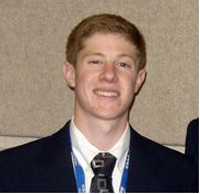 My name is Jordan Evans and I am currently a Sophomore at Indiana University.  I am a Marketing student in the Kelley School of Business.  In high school at Sycamore I was a captain of our tennis team and participated in DECA, an organization of marketing students, where I competed nationally as a senior.  Outside of class I taught tennis at the Blue Ash Recreation Center and Camargo Racquet Club.  I enjoyed the opportunity to teach many people from young children to senior citizens.  At Indiana I have been involved with AEPI serving as the chapter historian and pledge trainer.  Also I served as a mentor for freshman Kelley students during welcome week helping them assimilate to college life.  After graduating, I plan on getting my MBA and pursuing a career as a marketing consultant.  I am really excited to work for the Jewish Federation this summer. 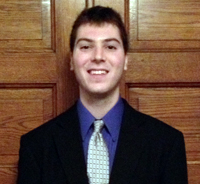 Justin Kirschner, son of Stuart and Janice Kirschner, graduated from Sycamore High School in 2010 and is currently a junior at Ohio University where he is majoring in political science and minoring in business administration. Justin is also working to attain a certificate in global leadership and public dispute resolution. In high school, he was an office assistant at Wise Temple, volunteered for the Jewish Federation doing website development, worked at Montgomery Inn and also played drums in a band. In college, he continues to drum in a local Athens band as well as for Hillel during Friday night services. He is also involved with the AEPI fraternity. Justin enjoys traveling and has had the opportunity to study abroad in Vietnam and is planning on going to Germany and Europe this May before his internship. Upon his return, he is eager to utilize and enhance his skills while working with Sarah Weiss at the JCRC. 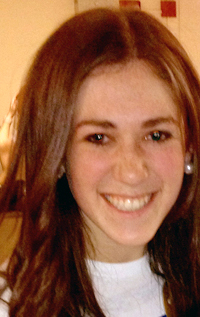 My name is Liora Bachrach and this summer I will be the intern at Jewish Vocational Services.  I am currently a sophomore at Miami University studying Communications and minoring in Marketing.  I graduated from Sycamore High School and was on my high school dance team and was very involved in the B’nai B’rith Youth Organization.  I am looking forward to the summer and to gain some valuable experience. 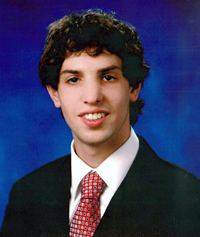 Max Krieger is a graduate of the Princeton High School class of 2012.  In High School, Krieger was the co-captain of the Princeton debate team as well as a varsity member of the bowling team.  Krieger was also an active member of the Wise Temple community, participating in the  Synagogue’s Madrichim teacher assistant program where he taught in a second grade Sunday school class for four years as well as being a member of the temple youth group, EYGOW.  In the year after his graduation from High School; Krieger has been living in Israel as part of the Young Judea Year Course program in which he has been studying, volunteering and learning about Israeli society.  As part of the program he is volunteering with Magen David Adom, the Israeli Red Cross, as an EMT where he works on an ambulance for a period of six months.  When he returns to the USA Krieger will be attending Kent State University where he will pursue an undergraduate degree in public health administration.  Krieger is very excited to be working with the American Jewish Archives over the coming summer! 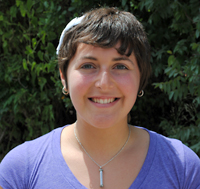 Mia Perlman just finished her freshman year at Washington University in St. Louis.  She graduated from Seven Hills in 2011.  During high school, she worked two summers at Camp at the J and was involved in BBYO and her high school theater program.  After graduation, she spent nine months in Israel on USCJ’s gap year program, Nativ.  She learned at the Conservative Yeshiva in Jerusalem, studied Hebrew, and volunteered in a youth aliyah village.  She also spent the year learning Jewish religious history, the state of Conservative Judaism today, and Israel advocacy skills.  At Washington University, she has continued her commitment to the Jewish community.  She is on Jewish Student Union’s community service committee and is an active member of Hillel, Chabad, and Conservative Minyan.  She also cooks for Campus Kitchen, which salvages food to give to shelters, and works with Burning Kumquat, Washington University’s on-campus student-run garden.  She is very excited to intern at the JCC in the Department of Jewish Life! 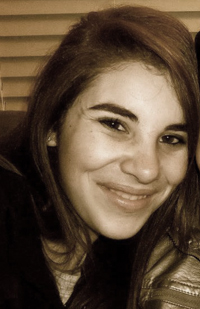 Molly Loftspring, daughter of Renee and Gene Loftspring, graduated from Sycamore High School with honors. As a freshman at the University of Cincinnati, she is pursuing a degree in Operations Management in the Linder College of Business. During her first semester, Molly joined multiple clubs such as Relay for Life, Colleges against Cancer (CAC), and badminton. While in high school, Molly worked as a madricha at Isaac M. Wise Temple for three years and loved every moment of it. Molly is thrilled to be working as an intern at Cedar Village this summer because she loves to interact with people and design artsy projects that everyone is able to participate in. She is delighted to be given this wonderful opportunity. 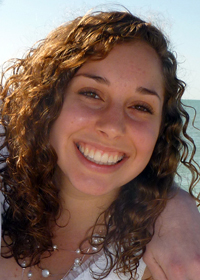 Shira Spiegel is in the Tulane University class of 2015.  She attended Yavneh Day School until eighth grade and then graduated from Sycamore High School.  She is double majoring in Early Childhood Education and Jewish Studies, one day hoping to run a kindergarten classroom.  In high school, Shira was a member of B’nai Brith Youth Organization (BBYO) and held numerous board positions, including chapter president.  She was also editor-in-chief of her high school yearbook.  Shira started a student organization at Tulane, Students For Education Reform (SFER), dedicated to advocating for positive change in the education system.  She is also a member of the Chabad Student Board and Phi Mu Fraternity, and volunteers regularly with many on and off campus organizations.  Shira has a passion for Jewish life and culture, and is excited to learn more as well as share her passion this summer through her internship at the Center for Holocaust and Humanity Education.  Shira is thrilled to have been granted this opportunity!